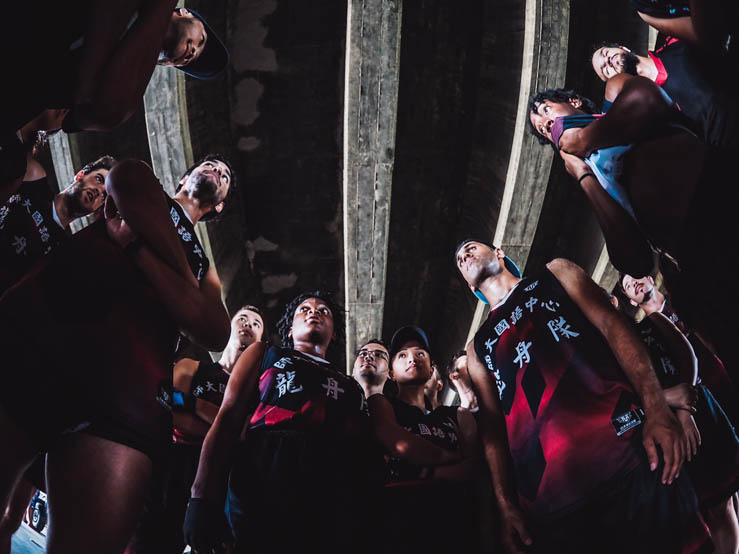 This is my second year participating in the Dragon Boat Competition in Taiwan with NTNU’s Mandarin Training Center team. Unlike last year, this year, we had a run-in with Corona so everything was left uncertain. The school didn’t even want to have the team at first this year, but our captains pushed it to make it happen. And…thanks to Taiwan’s Success in stabilizing Coronavirus, we got through this season untouched.

Because of the pandemic, it was our first year our team (from what I have heard) to compete in a different competition. Normally, we would compete in Taipei City’s Dragon Boat Competition, but this time around, we missed the registration and snagged a spot in the New Taipei one instead. With this one, we rowed in the international dragon boats (also known as the IDBF 1222). They are 12m long boats, holds 22 people (20 people to row, one in the front to drum and one in the back to steer). These boats are also lighter than the traditional ones, can move faster with very little effort, and don’t destroy your body as the other ones do.

We learned at the last minute that we would be able to compete so we scrambled and brought new people onto the team to assemble back together. We had to practice in 3 different locations when it came to rowing. In one location, we practiced the technique and the form on how to position yourself on the boat. The other 2 locations were where we practiced rowing. Both of these locations were quite far and unlike other years, we had to make our way there on our own. And I feel because of this, not many people were as dedicated to going and/or lost the momentum in competing. Practice time was limited to 1 hour (vs. 2 from previous years) and many times we only had one boat to practice in (meaning not enough time for everyone to row). But, everything eventually worked out.

The competition came by in an instant and was a very short yet quick one. It was only set for 2 days. We had 2 teams, a boys team, and a girls team (racing under the mixed category of the competition). This competition was based upon time. In the first round (let’s pretend there are 40 teams). Only a certain amount of teams can advance. Your team’s race time needs to be the fastest of the 40 teams. If you race and get 1st, you automatically will move on, but otherwise, you’re competing against time. It was a difficult and hard fight. Even though we did not move on to the finals, we had fun and enjoyed ourselves.

From there, we had another competition soon after our first one called the Shilin Races. This competition is much smaller than the main one: Only 1 day, 21 teams, and 5 races. I wasn’t even expecting much (if anything) from this second competition, yet we came out with 3rd overall in the mixed team heat.

For this race, unlike Luzhou, we had 2 guaranteed races. Depending on the placement in the first two races will depend if a team moves on or not. In our first race, we placed 2nd, then the following two races, we pushed through and placed 1st. In the semifinal round, we placed 2nd. And then, In the final round, we raced to see who would get 3rd/4th, we ended up placing 3rd.

This competition was so exciting, even more than our first one. It probably has a lot to do with the fact that the majority of the team already had an idea of how a Dragon Boat competition goes. Also in Shilin, we rowed in the traditional boats – aka heavy as hell boats. With these boats, you can tell if people are putting in that work or not. With that in mind, I think everyone put in their best effort to keep pushing in each of our races till the end.

I am quite pleased to be ending this season on a good note. Winning or not, it was fun as always and a unique opportunity to bond with new people once again and team up to do something that most people may never have a chance to do. This year was rough, but we made it.