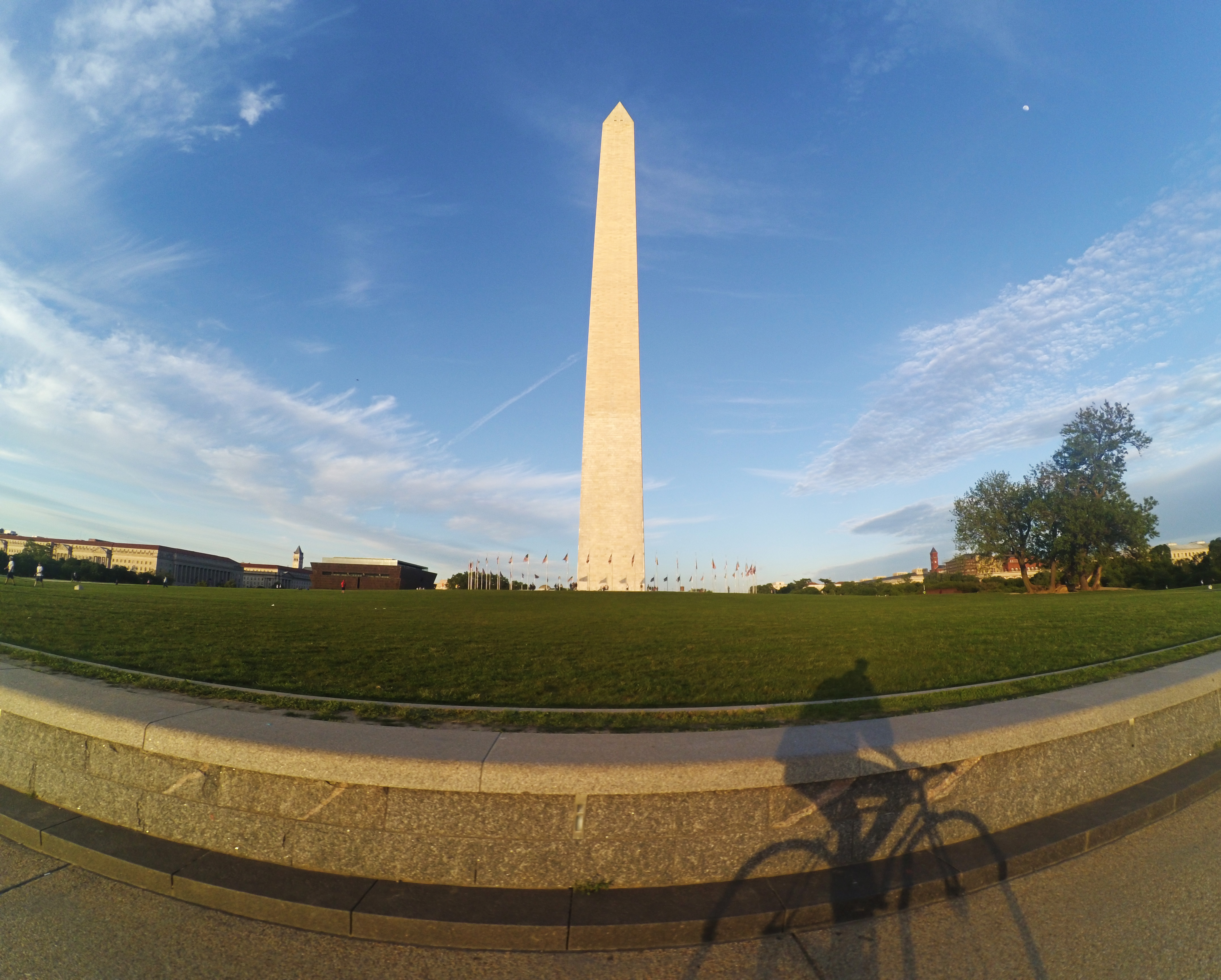 Biking as a way to commute has gained a lot of attention in the past few years, but it is also something that I have personally always wanted to do. When I first learned how to ride, at that time my family and I only lived in a small 2 bedroom apartment in Fort Totten. My father would stand outside and watch us ride our bikes down the alley while fixing his car or chatting with the neighbors. If we went any further, he would get worried for we were so young at the time. When he wasn’t looking, I would sneak off with my sister and ride down to my cousins’ place (which was just literally a block down) to see if they were outside and say hi and I would ride right back. I wanted to re-live those times but extend it to more of an everyday thing. And this where it started:

The transition to biking as a way to commute didn’t start till 2013 right before I graduated high school. I wanted to find a way to get around DC much easier and at a lower cost, but also learn more about the roads and how to get around DC. Before, I was mostly taking the train everywhere. With taking the metro, we don’t get to see much or understand the city enough. And recently, I began taking the bus for I wanted to understand how it worked along with finding different means to get around on my own.

With biking, it requires one to build a lot of stamina, endurance, balance, and core strength. These key factors are major skills that you have to build up over time and I knew it would something that would take time to get used to. So instead of riding the entire way on a bike, I began by taking the train/bus to a certain point and ride from then on.

I would ride the X2 bus from Minnesota Ave Metro Station to Chinatown. From there, I rode the bike up the long uphill incline along Georgia Ave. Some part of the street becomes a hill so I had to walk some of the ways up. It’s the effort that counts. Parked the bike on a parking sign pole as everyone else does. When I came out after school, someone had attempted to steal it. The bike was sitting straight up in a 180-degree angle and the cable of the bike lock you can see was attempted to be cut. As my first time riding, this was a lot for me. I was shocked, a bit surprised, but it was also exhilarating for me. At this time, I haven’t been this excited about anything in a while, I was like “someone really wanted this bike”. It was one of those cheap Duffy bikes you can buy from Walmart. Like what? But even though how old it was, it was in pretty good condition.

Going back home, I did the same route, except for taking the bus in between, I rode all the way home. But what made it different this time, I rode from Petworth to Chinatown almost all downhill (fun ride by the way). From there, I parked for about 4 hours to work then rode home from there, which was not too bad. This time of the year was early June so it wasn’t too humid. The weather was perfect and very cool.

At the end of the day, my lungs were on fire. It felt like I went to a track meet and ran a few events. I could barely feel my legs. At this time, it was my first time doing any major physical activity in a while. But I loved the rush and the feeling of something new. I spent hours outside riding around all parts of DC I have seen through a bus and a car. Learning and understanding the road names, the small street corners, the bike paths, and seeing new finds was all an adventure for me. It took me some time to become comfortable with it, but once I got used to it, it was fun. Every time I go back out for a ride, I would always find something new. That summer, I really got to know the city I grew up in much better on a bike. My father was so impressed and also surprised of the new hobby I picked up that he even went by a shop and bought a nice Giant bike for me

Finding my way around at that time was difficult for I didn’t have a phone, but I do have a very good photographic memory and sense of direction. Just show me the route once, I will always and forever know it. So from my experience being in cars and also riding the bus, I would just go the same route the bus would go. But as we may all know, some parts of these routes, are not always necessarily the best for bikers or the most convenient. But let’s think about this for a second. As you, being on a bike, a bike is really small. It can fit in so many small spaces. have an advantage. There are better routes for us being on bikes. Even more than ever now, I realized that if I want to ride uptown to Brooklyn now, I could just take the Metropolitan Branch Trail. No traffic lights, no cars to maneuver…just you, on your bike and maybe some people walking their dogs and such but soo much faster than being on the road. Game changer.

Biking has been on/off for me. I left my bike in DC during the school year when I went up to Pennsylvania for college. I didn’t see the purpose of bringing it there for it gets really cold in this area and my bike tires weren’t made for that snow. But also not riding on a bike for months was a bummer. I have to retrain my body to ride long distances every time I come back home. And I did this for 4 years straight.

But then when I moved to Shanghai, I was on a bike all the time. But in Shanghai, the streets are super flat so no crazy hills and I would not bother riding long distances for the bike I had at the time was not the best quality and the subway was too fast and convenient to not take it over biking. You probably would not want to ride long distances in Shanghai for that pollution is so bad. You will feel that nasty air all in your mouth. It is not a pleasant feeling in your mouth.

Now when I travel, I always try to find a way to get on a bike. When I did a weekend trip to LA, I hopped on a bike at Santa Monica Beach and took pictures and rode the bike down to Venice Beach and back.

When I went to Chiang Mai, Thailand, I picked up a MoBike for the first time and took it around those crazy streets.

When I was in Siem Reap, Cambodia, I rode from the city center to Angkor Wat to see the temples. What a great ride! Super hot and humid, but so worth it!

Now I challenge you! When was the last time you rode a bike? Maybe instead of making that 5-minute drive to the pharmacy, take a walk or grab a bike (if you can of course) and ride away.