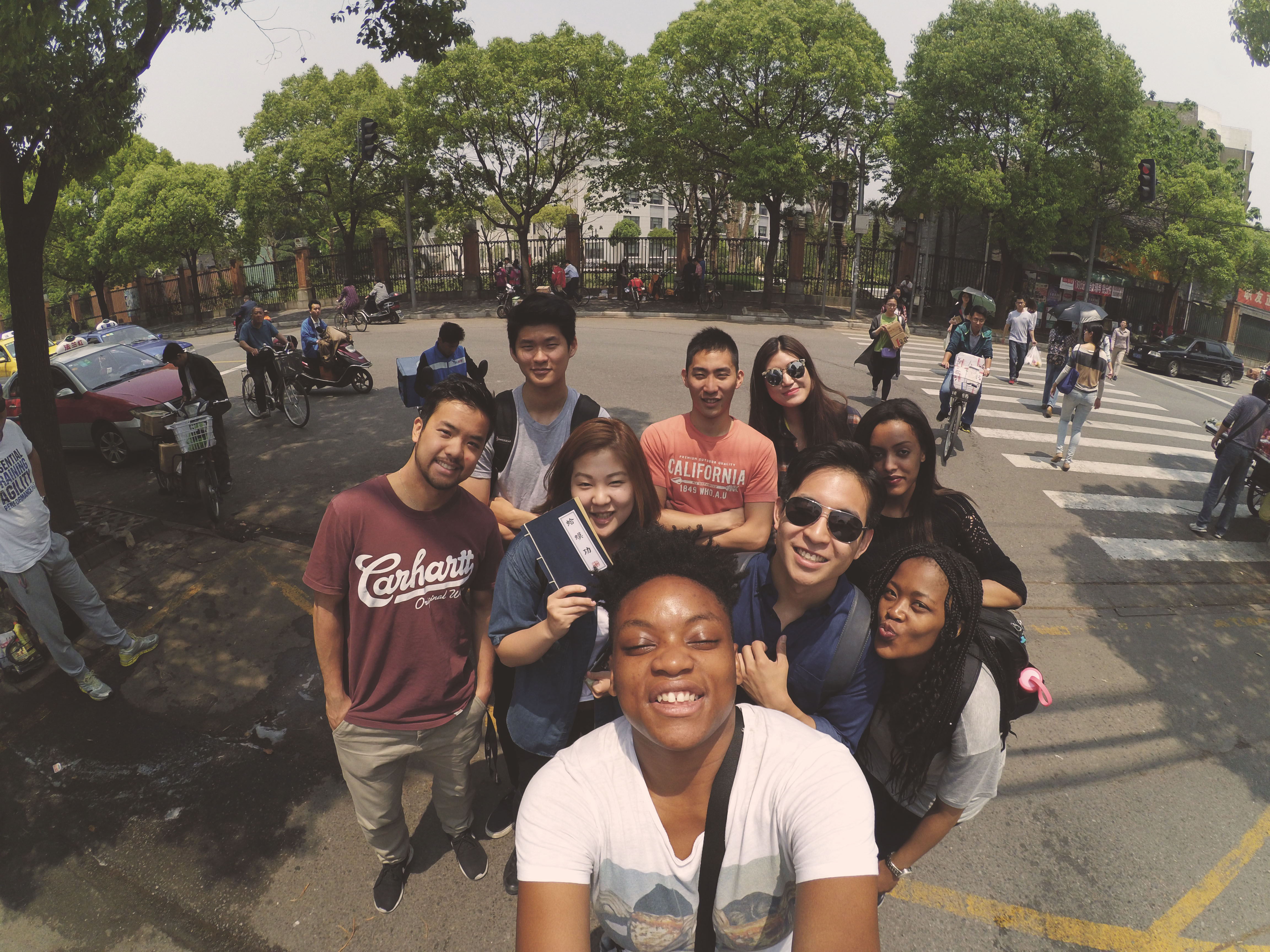 In less than 4 weeks from now, I am embarking another year abroad and I cannot be more than excited. When I left China on May 11th, 2016, I felt like my time wasn’t over. It felt like I had one stick of gum left in my pack and someone took half of it. I want my other half back. Chewing the half in my mouth just isn’t satisfying. And I told myself, I have to go back abroad.

And here we are two years later about to embark on yet another journey abroad where I’ll be in Taiwan for the next 5 months following by China into the year of 2019 through the summer and I am more than excited.

But let’s be honest here, there’s a lot of people who are wooting for me but many others who are confused and not happy with my decision including my own parents. “But Nnedimma, you worked at Google, how can you not take up on their offer?” That’s not my life. As much as I did enjoy working at their corporate office the past two summers, it doesn’t mean that I am going to jump up and take that offer right then and there for me. There are a lot of other things that I am equally even greatly more passionate about, and unfortunately working in Silicone Valley just isn’t one of them just yet?!

And the thought of working right after college sounds cute and all but also a scary and major leap right after school in which I am personally don’t feel ready for. A lot of us have this mindset that everyone must go to college, get a job, maybe get married, have some kids and die. I guess that’s great?, but that doesn’t mean we all are going to follow that narrative. Who said I had to? Just because society defies that its “highly suggested” to follow such a path, that we all will. Def not judging those that do, but also don’t question the decisions people make just because we are not doing the normal, the expected. And now that I am fresh out of college and with not as many commitments, I feel the time is now.

I feel like people think everything we do also should have a purpose. Which it should! But can’t I do something because I want to? and simply because I can? and because the opportunity is there for me to pursue? I was talking to a friend yesterday sharing my next move and he responded

“Now are you going there and doing IT work?”

“Oh so are you learning to apply it to your work in the future?”

“No, just going to learn a new language”

The conversations I have with individuals can be interesting. And I understand, this is not the typical path of a recent undergrad graduate from the US, but also learn to respect people and their decisions. Even if you don’t fully understand the person’s intent or reasoning in their walk of life, its ok. I want to share and expose people to this new space of traveling. Also, to just let others know that it’s not hard or expensive to go travel somewhere for a period of time and learn about the culture, the food, the activities, the people etc. I want to one day have someone share a similar experience of my own and it becomes a regular thing.

So what am I doing?

I received a scholarship under the Taiwan-US Alliance and the Ministry of Education from the Taiwanese embassy to study Mandarin and go on cultural excursions all under their dime. This is among one of the easiest ways to live abroad for long periods of time for its fully funded by an organization that’s encouraging students to learn and create a new experience for themselves outside of their comfort zone. I’ve done this before with the Chinese Government and now I am doing it all over again with Taiwan. Read more here about how to apply to study in China. More info on Taiwan very soon.

I know I talk about it a lot, but there’s just something about living in Asia that keeps me going back. I can’t even explain it. You have to come and see it for yourself. The pace, the environment, the people, the food, the accessibility, it all really excites me and it made me realize that there’s more out there to see than anything else. I have no limitations or boundaries in staying in DC or the US and I am more than ready than ever to leave.

And even though my parents aren’t big on the idea, at the end of the day, I am doing this for ME. This is something that I truly want to do for MYSELF, something that I have always dreamed of, something that I possibly would regret if I was to hold it off any longer, and something that I have been wanting to pursue since ever. And I’m all about making things happen. If I truly want to do something, its gonna happen one way or another and I can care less about what others may think. I am not saying that you should drop everything and defy the people you love, but think about it…are you doing things to conform to others or are you pursuing things for your own benefit? Now if those people are paying for your adventures, then its an entirely different story…

But its hard to get up and just “go”. I know many people could not imagine leaving everything behind and going away for a long period of time without family, friends, loved ones etc. on their side. I get that.

But I grew up always being inside glued to the TV, to that computer. Playing Sims 2 Bon Voyage taking my created families on vacation. I played the game how I pictured myself doing when I was older…and that got boring so fast. My parents were always working, making sure they were providing for our family. And I was home. Killing time. I always had a strong sense of belief to just go. It started with taking the metro to school. I could go somewhere after school and my parents wouldn’t know? “Let’s go!” Then I bought my bike and I felt the freedom even more. “Now I could really go places.” Cycling up those hills of Georgia Ave on a hot humid afternoon in June, dying mind you, but it was all but worth it. Then I got a job at a camp where they fly you to different states and you work there a week at a time. “This is real?” I did that job for 2 summers and because of it, I traveled to places I never thought I would go in a lifetime such as Colorado, Texas, and California. And then next thing you know I am going abroad for a whole year. “What is this?! This cannot be real.” And it happened and I had the time of my life. And the best thing about it? It was fully funded by the Chinese Government.

I felt strongly about my plan ever since I came back to the states in which I planned it to happen directly after graduation so I saved my coins and made the necessary plans well in advance. It’s hard to do this all when you don’t know what you want to do in general, but you have to start somewhere.

But nevertheless, I am excited, blessed, and grateful for the opportunity. And you can too! I’ll be sharing more on how others can embark a journey similar of my own in the next few weeks. Stay tuned!