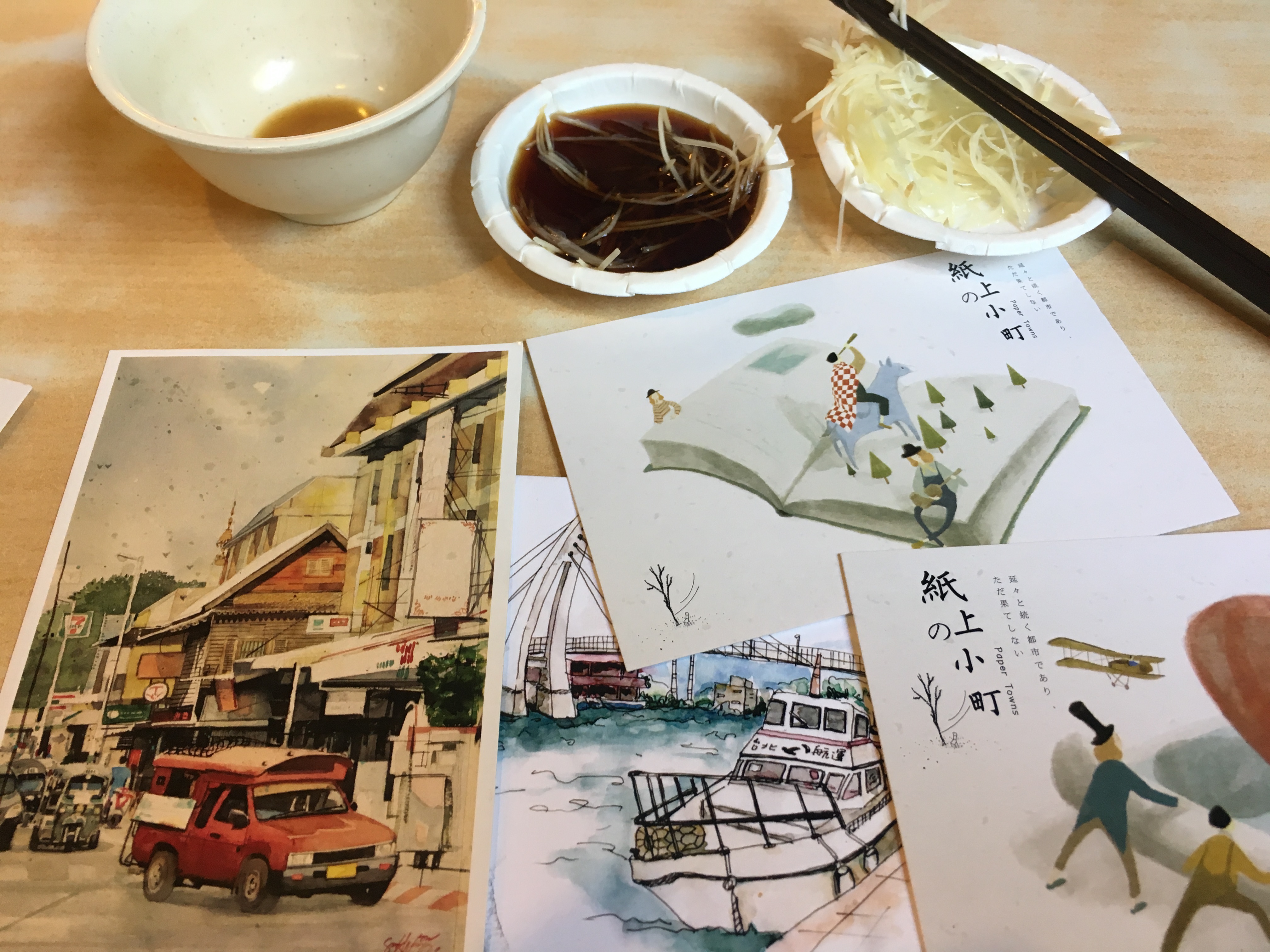 In second grade, my teacher introduced a PenPal program through our writing lessons where each student was assigned a pen pal. These pen pals were college students from a university in DC. So every once in a while, we would get a letter from them. For homework, we had to write a response to these letters. I really enjoyed this program a lot. The thought of receiving a letter from someone you don’t know, yet share their life to them was exciting to me. We learned how to write a letter, how to properly fill out the envelope, what kind of stamps to use etc.

And this program continued on till around the end of fourth grade, and I didn’t have a chance to send letters since and was devastated.

But when I graduated from high school, my really good friend of mine insisted that since we were going to university in different states that we should send letters to each other. Fun.

And the letters began.

As much as I love to talk to write, I had a lot to share. And to be honest, I personally hate texting people. If we are going to have an entire conversation about x, y, and z, you might as well just call me. But I realized that more and more people don’t like to talk on the phone. Instead, I pour everything I wanted to share through our letters. The letters started out really short like one page, but typed (for I type way faster than I write) Who has time to write anyway?

I was having a good time sending them. Instead of writing that 10-page paper I had due at the end of the week, I would stay up till wee hours of the morning at school going HAM typing away in the computer lab. My friend loved receiving them. She said she would wait to open them in public places and would never fail to burst out laughing. The more letters I sent, the longer they became. And the more I wrote, the more creative I got with them. I started adding pictures, emojis, memes, changing the font and I even would sometimes put things in the envelope like glitter or like a coin. My longest letter had to be around 19 pages long…all of these letters are single-spaced. No lie.

From there, I expanded my network to a few other friends and had them sent personalizing them per person. When I studied abroad in China, the first 2 months there was mind-blowing to me. I sent a 10-page letter to like 5 of my friends back home. I forgot all about it until I came back and were in utter shock by the mail. They constantly mentioned that I could’ve written an entire novel dedicated to that time.

Around the same time, while I started sending these letters, I got into sending postcards thanks to a college friend of mine. She’s from China and she shared how common it is to send postcards to friends back home. I had no one to really send a postcard to, but she insisted I send one to her best friend back home (who I didn’t know) but hey why not?! One month later, got a photo with her holding the card and cheesing so hard. That gratification really warmed my heart. Not too long after, she introduced me to Postcrossing.

Postcrossing is a postcard exchange project that invites everyone to send and receive postcards from random places in the world. The best thing about it is that it’s FREE. Provide the postcard and stamp and send away. It’s fun for you can read about and receive all kinds of interesting cards and the things people have to say about you on them.

How it works is that you agree to exchange and once accepted, you are matched with someone to send a postcard to. You can see the person’s profile, their address, and a little bit about themselves and a code to write on the postcard to register on the website once received. Once that person receives your card, then you’ll receive a card from someone. There’s a cap on how many cards you can send out at a time. But the more you send, the larger the amount you can send out at a time. There’s also an option to specify what countries you want cards from or what countries you want to send postcards to, but who you will get matched with is completely random. People are really good about sending out cards but depending on where they come from, they take longer.

Since I have started using Postcrossing in 2013, I have lived in 3 countries and used their service. I have noticed out of the three, in China, my cards took forever to arrive at the destination. And some countries, it takes a bit long to arrive (ie. Russia) I had a card registered from someone who I sent to there who said it somehow just arrived 6 months later.

Also since I have created my account (a little over 5 years ago), I have only sent around 95 cards, which may sound like a lot (but its very small) for the postcarding community. People whose accounts are as old as mine typically have sent out at least 1,000+ or sometimes more. But because I have moved around a lot these past few years, it was hard to keep up with my writing. I had to consider the time it takes for your cards to be delivered and when someone receives cards. After my trial test in China, I stopped sending cards for they simply just took too long. With the little time I had there, I knew that I probably would have missed some if I sent any more after a certain point.

But beyond Postcrossing, I frequently send postcards to friends and family members all around the world. I have sent well over 300+ since I have started and there’s no turning back. From my host family in Japan, long life best friends, overseas friends, church fam, old friends, and even some strangers, it’s been never-ending. When I travel, I put in the time to find postcards that I like and send them back. I don’t really do it to gain anything in return, but more to share my experience, a memory or simply to feel the gratification of sending one -something I truly enjoy.

Would you like a postcard from me? Let me know here.