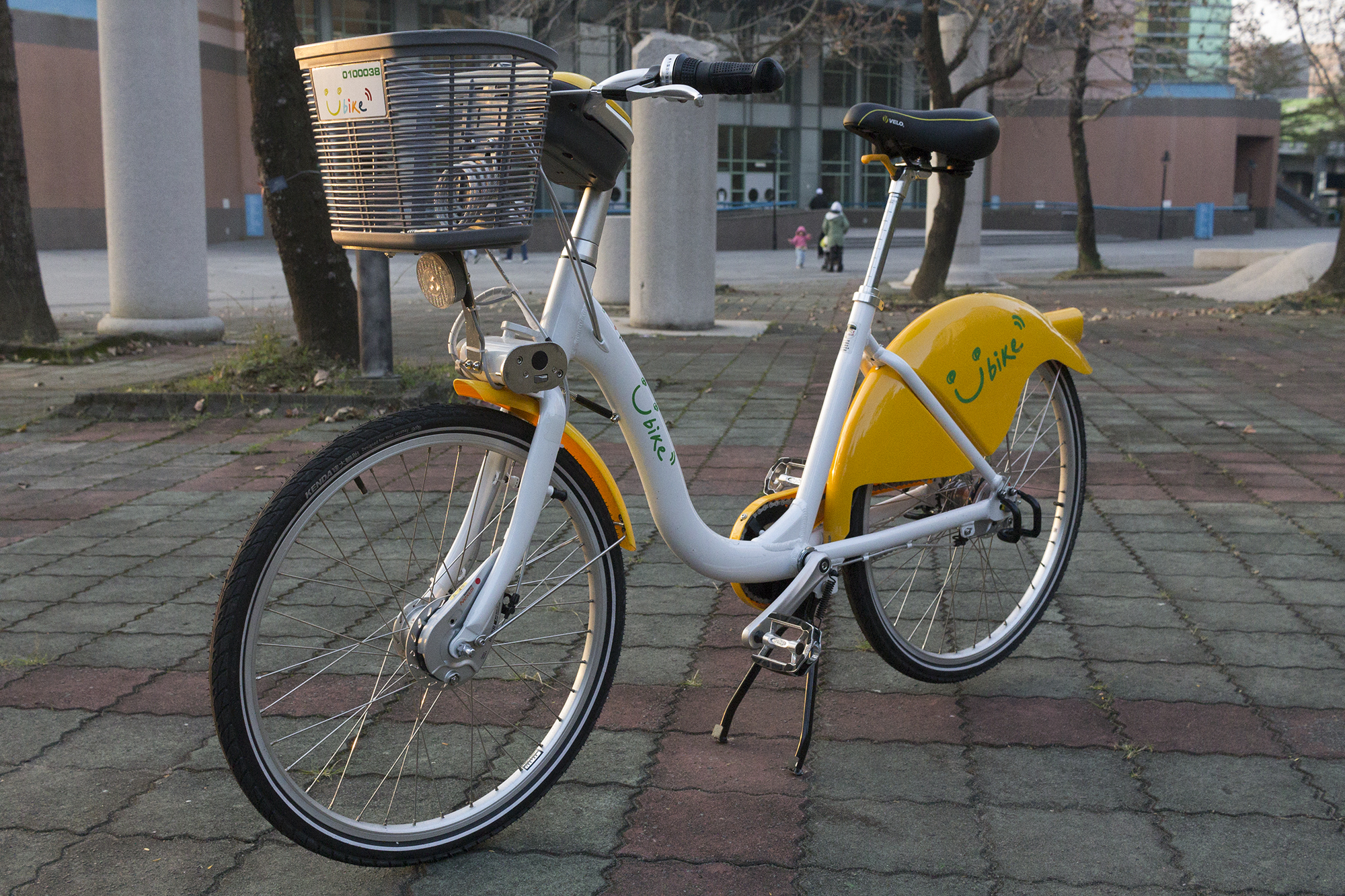 From January 15th, YouBike has introduced a new model of bikes, which have proven to be a massive upgrade from the original. They are running through a 3 month trial period as of right now and can only be found in the National Taiwan University area in Taipei.

During the trial period, (from now till April 15), a discount of $2 NT is being deducted for the first 30 minutes, afterward, its $10 NT for every 30 minutes. There are 500 bikes placed amongst 102 stations from the Technology Building to Gongguan MRT stations.

Let’s get into the new look!

They kept with the same design but changed it up with the color of the frame. A nice shiny white. It really does stand out as you notice people riding it among the streets.

And now with 2.0, the screen is now on the bike. You can use an Easycard or QR code to scan to use the bike. A cute sound plays when the bike unlocks.

The bike seat is even easier to adjust now. Just pull up or push down for your desired height.

This new YouBike otherwise still has the same functions as its predecessor. Did you know on the black part of the wheel, someone could potentially stand on that part holding onto the rider’s shoulders as the other person rides the bike?

In the front, it also contains the same sturdy basket with a locking cord feature. You can put a suitcase, a chair, a mahjong set, anything you think of in this basket and it will successfully take you to your destination. Seriously!

Also while riding this bike, you notice automatically that 2.0 is much lighter than 1.0, brakes seem to feel much smoother and moves lightly, yet quick.

Also, the station docks are much thinner, giving them more room to park the YouBikes and add more bike stations in a smaller area. Each dock has a solar panel on top to charge the bikes along with the destination and name of the bike stop for reference.

Another thing to note, You cannot park 2.0 bikes at 1.0 stations, the same goes for the other way around.

If you are ever in the Gongguan area before April 15th, go give them a ride.